Up on the wall inside the grocery store,
between meat and pharmacy,
four vaginas grew around the center of the large clock
as its hands turned into scalpels.
Blood leaked while the openings throbbed and stretched.
Newborns were pressed out like meat from a grinder.
Some were sliced in half, the tops dropping on the floor,
the bottoms dangling from umbilical cords.
A crowd of customers and workers
gathered around the bizarre manifestation,
screaming and crying, asking for the police or an ambulance.
But there was nothing to save, no one to put behind bars.
The newborns, even the whole ones, were already dead;
or, as some witnesses speculated,
trapped in a limbo between life and death not yet explored by medical science.
Coated in mucus streaked with blood,
the abominations had clumps of gray hair, patching their brown, shriveled heads.
Their milky eyes stared vacantly
from folds of wrinkled skin like crumpled grocery bags.
Brown mouths emitted a cacophony of sounds,
from the shrill cries of a baby to moans, groans, and death rattles.
Paralyzed fingers still held faded name tags or ID cards
protecting their deflated chests.
The insides of the ones cut in half by the blades of the clock
were yellowed dusty newspapers,
rotten food chocked by ashen and green layers of mold,
and slithering clumps of phone cords, electronic cables, and vacuum cleaner hoses.
The morbid apparitions convulsed on the floor
atrophied arms moving defensively as if their decayed minds flashed with savage beatings;
stillborn trapped in an epileptic dance
their parchment skin slapped and grimed the tiled floor.
Theories abounded: zombies? curses? portals to hell? aliens?
Whatever the explanation,
people knew they wanted nothing to do with the disturbing sight.
As the mall was already unprofitable,
the owners closed the store,
bricked up and plastered the exits,
out of sight out of mind.
But the legend of the Grinding Clock
continued to haunt the tomb-like structure.
Some reported hearing gargled screams
and seeing a fetid sludge seeping through the wall.
Parents complained their kids skated in the parking lot
only to return home as old men,
their minds cracked.
Drivers would crash their vehicles full-speed into the outside wall,
while passersby would eat from the nearby dumpster with feral abandon
their teeth breaking on bits of discarded fixtures or rusted appliances,
throats and stomachs lacerated and pierced by shards of plastic and glass.
One evening and I saw this with my own eyes,
a girl was riding her bike in the empty parking lot
when the pedals started rotating at full speed,
becoming hungry blades,
and biting into her white sneakers,
ripping the muscles, bones, and tendons of her feet.
The girl gave a short, shrill scream and fell to the pavement.
As if possessed, she began crawling toward the mall
painting the asphalt red with brushes of shredded meat.
Her arms turned to crotches hitting the pavement with a hollow, frantic, sound
and dislocated from her shoulders.
Her blond locks became thick dust covering her shrinking skull.
Strong gusts of dirt swept the deserted lot
rolling her like tumbleweed,
tender flesh battered and ripped,
while her tiny bones scattered on the ground.
Soon she lost all substance,
her pink dress turned into a pink plastic bag
and the wind plastered it against the wall of the cursed store,
opened it like a wound,
bleeding, throbbing, dilating.
Posted by axl barnes at 08:36 No comments:

The hands of the clock tore our chests


and wrung out the blood.

blindly pushing against each other,

begging in a language of cold mist and quicksand,

all deaf but waiting for the bell,

in a dried-up river.

We talked and I said the same stuff as before,

and he listened patiently as if my words were new.

no words buzzing with electricity.

And later on, I whispered to him,

when whisky loosened my lips:

"We were sold for nothing, amigo,

sacrificed to a senile god,

and abortions can't even dream of orgasms.

We work here at the slaughterhouse,

Although they don't let us call it that.

We learn how to make nooses

out of umbilical cords,

and cement screaming mouths with boredom.

They even robbed us of our screams,

Listen to those hammers knocking!

They're building the gallows

to hang the stillborn

and can still whisper."

Part-time freedom: a pigeon with a broken wing,
struggling to fly, smashing its beak against the cement,
trapped between the unreachable sky
and the elating torment of its memory;
a swimmer with crotches instead of arms,
a biker with one leg on a twisting gravel path,
a jockey riding a three-legged horse into the ground.
Part-time freedom: a benchwarmer daydreaming
of the melancholy cheerleader,
a movie-star hopeful playing extras,
wrapped in a body bag of silence,
turned ghost,
continuing to play.
Part-time freedom is a rotten deal,
but consider the mole, the tireless burrower,
digging tunnels and eating earthworms,
the moles' tiny, near-blind eyes
were never allowed
a glimpse of the azure dome of the sky
and the crumbling pillars supporting it.
Posted by axl barnes at 08:26 No comments:

I got down on my knees and begged him,

my forehead touching the wooden floor.

"I have nothing left, boy," he said in a husky voice,

I'm happy I even managed to tie this knot

and put the noose around my neck.

This damn prosthetic arm is defective, you see?

When I try to move my thumb, my little finger moves,

When I want to point, my ring finger wakes,

When I want to flip someone the bird, my thumb comes to life.

Maybe I don't know how to want anymore.

I don't even remember learning to want.

It was a miracle I tied that knot, God only knows."

A deep sigh filled with shame.

"I can't help you anymore, kid,

We had a good run

He gave a phlegmy laugh and coughed on cigarette smoke.

He was a freakish old boy learning how to count. Not getting it.

His left was waxy and flaccid from his latest stroke,

good only for lifting the cigarette to his chapped lips.

He stood with his leg stumps on the seat of the wheelchair,

rope tied to the rafters.

I pushed some more: "But we have been a good team so far,

we can keep it going,

the wind will blow in our sails again."

He shook his head in resignation and defeat. "I couldn't even if I wanted to, lad.

I don't know how to want and what to do with it, don't you see?

What I remember is that losing at Russian roulette is winning,

and winning is actually losing.

The empty click is losing, that's all I know."

I felt the tip of a pen writing a suicide note on my twisted face.

you can still see me as a ghost.

I'll be there for you till you can fend for yourself and start getting lucky."

He winked at me. His eyes were gray, cloudy, timeless.

You can find me in the empty places:

that place up the hill where the pine trees have shopping carts on top,

my cardboard box with its foundation of dried-up vomit

and roof made of needles, like tiny nuclear warheads.

you're bound to slip on my ectoplasm body on the way."

Suddenly, he pushed the chair with his stumps, fell,

His eyes were now white, milky.

It was the milk he sucked from his mother's breast, no doubt,

he was back to being a baby, a broken one,

back to a dusty womb.

Loneliness filled my mouth with sand.

It was a pipe-dream, going to chase his ghost.

Any movement, the very idea of putting one foot in front of another,

was something from the hazy past, a wild superstition.

In the future, I saw my own resting places: a padded room, a jail cell,

a green dumpster drenched in the purple twilight.

It was all foggy.

and the sound of the cylinder spinning.

The desire coagulated into an act of will.
How did this happen?
What's the source of this jolt of vitality
as frenzied as a clump of cancerous cells?
It was as unexpected as a slick, black seal
ondulating through the desert.
I sliced the clot with my scalpel;
From it oozed the cloudy urine of a blind beggar,
the laughter of a mad clown,
the acrid sweat of Sisyphus,
and the milk of a zombie's eyeball.
I wasn't built for success.
But, on the bright side,
On the path between paralysis and mummification,
Between anemic wisdom and chronic illness,
I managed to become a doctor
performing his own autopsy.

I'm a writer and a philosopher with a special interest in the horrific and sordid. AND THE DEPRAVED!! 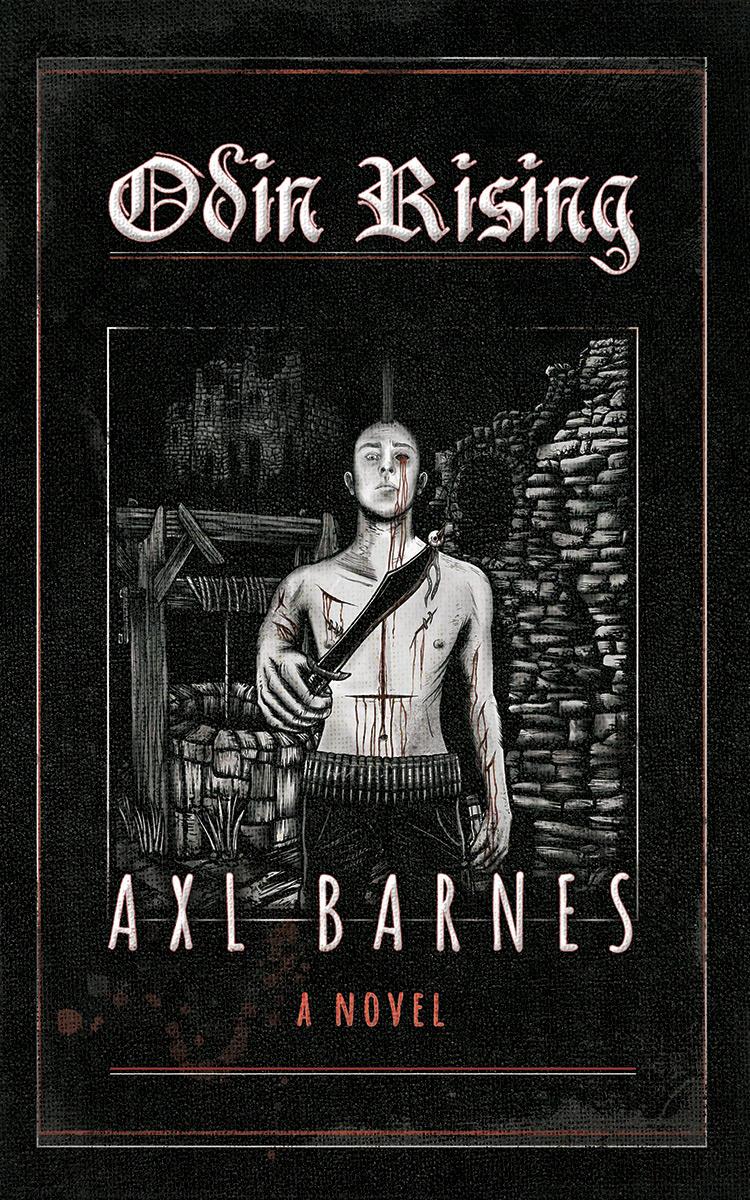 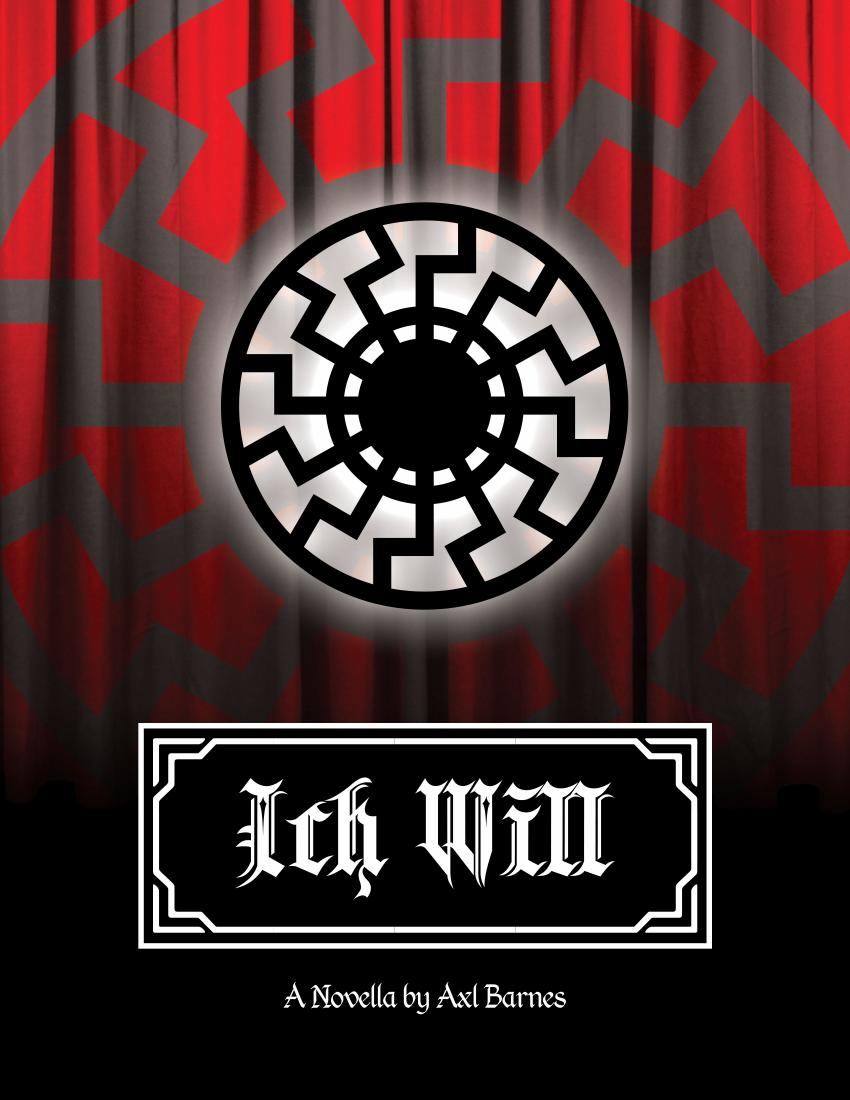